I can't even begin to tell you how much I love yard sales.
The things you can find, both useful and not, quality and cheap, new and old, there are all sorts of items! I especially love when they're big with a variety of stuff, even boxes you need to dig through-- those are the hidden treasure finds!
A trip into town yielded a yard sale on a Monday (?!) which was quite large, inside of three storage spaces. I happened to be solo, which meant no children begging for toys-- of which there were plenty of, and I was able to quietly hunt. The only downside was I had only $2 cash in my pockets, oh, let's hope I find something that doesn't cost too much! And I did! An old shoebox full of embroidery thread! For exactly $2-- what luck! 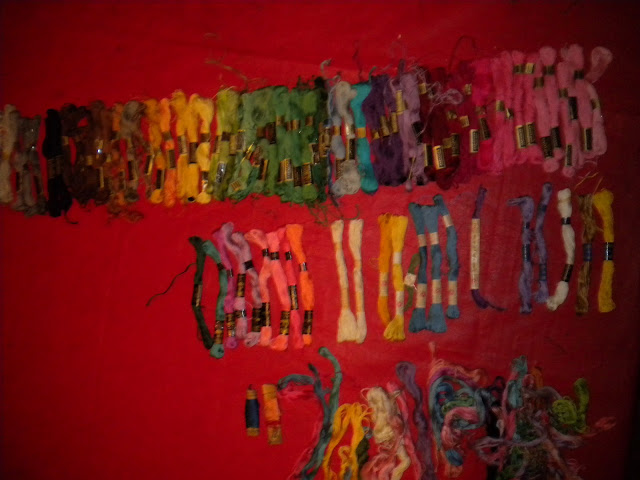 (Sorry for the blurry photo) Once home, I went through the box and arranged by color and brand of thread. Most of them were J & P Coats, a few DMCs, some Peri-Lusta Filo, a couple of Bucilla, and A.T.CO'S Silkine Red Star brand. 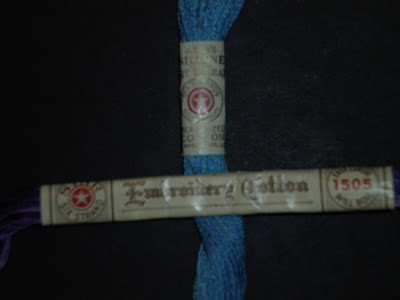 I love the label of the Red Star Brand. I have never seen this brand before. 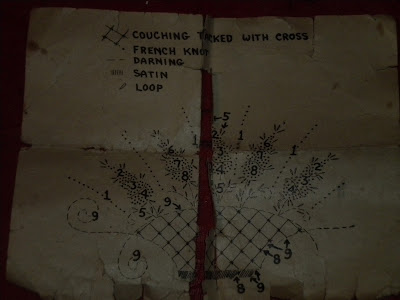 Digging further, I found this old Bucilla embroidery pattern of a basket of flowers and on the back.. 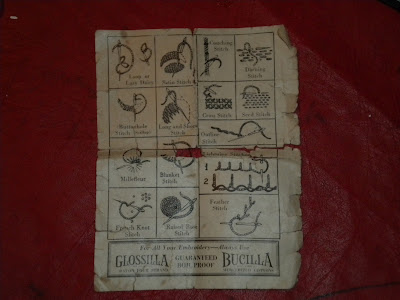 ..instructions on how to do some of the stitches. 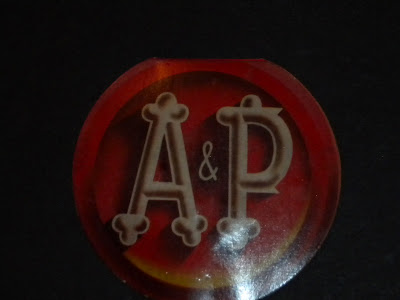 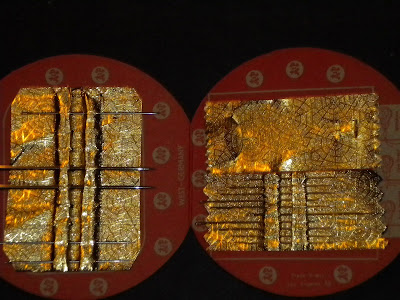 Can you see the spider web pattern on the foil? Love! 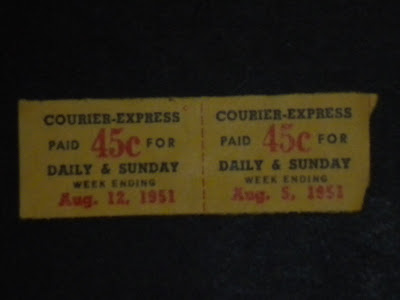 My best guess at the age of this stuff is from the 50's, as dated evidence of a newspaper ticket showed up. Can anyone remember when the daily paper cost 5 cents and the Sunday paper was 15 cents? 45 cents a week?? I pay $2.50 for a Sunday paper now! 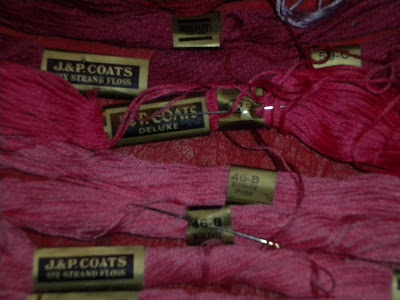 The thing I found most fascinating, was threaded needles left in nearly every color thread. 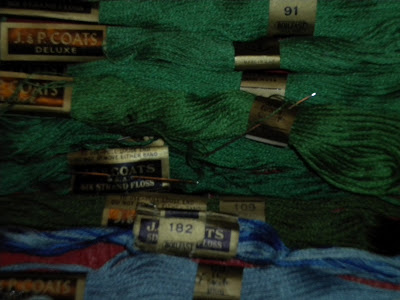 This was obviously someone's working project that was never completed. I love this idea of leaving the thread on the needle and sticking it in the label of the thread, then using another needle with another color. That seems so much easier than pulling the thread out of your one needle and re-threading with new thread, often losing the other color or it gets tangled. This would be so convenient, especially with a project that causes you to change colors often and not having to re-thread  every time. Plus, the needle keeps the label from falling off the thread. I think I'll adopt this practice for my own! 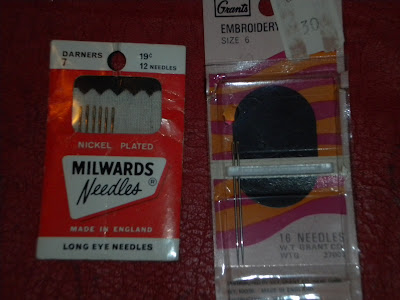 No wonder there were several packets of needles that were nearly empty!
Don't you wish you could still pay 19 cents for 12 needles or 30 cents for 16??
~
Posted by jenny at 12:58 PM

This post takes me back to when I used to embroider like a madwoman. I think I had every color under the sun in those threads. It was something I truly loved. Somehow I got away from it, I moved on to crewel, and eventually stopped recreational sewing all together. And to this day I have no reason why I stopped.

Cheyenne-- I caught the embroidery bug from my sister, but only recently have I really been getting into it. Threads are so expensive these days-- I remember my sister buying them 6 for $1 back then. Now, it's rare to find them on sale and if so, I'm lucky to get them 3 for $1. Not so bad really, but for someone on a budget... I always keep an eye out for supplies at yard sales!

Maybe you'll pick up again some day when inspiration strikes!