When news of a bad storm was headed our way, we battened down the hatches and tucked away all the loose items we had in the yard and the garden.  Anything that could be picked up and blown away by strong winds were put up in the pole barn.
We got the rain, but no winds, thankfully. I know others were not so lucky with fallen trees and loss of power, but I think all in all, this was a storm with more bark than bite.
What I really should have done to prepare for the storm was make sure there were rainy day activities in the house for four children to do!! The kids are outside nearly every waking moment and then to be stuck inside the house? By the end of the day, I was happy to tuck them into bed and kiss them good night! 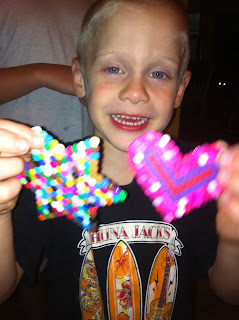 We did manage to get some perler bead projects done, thanks to Sylvia pulling out the box and starting a Father's Day project. Pretty soon, the rest of us caught the beading bug and most of the day was spent making and then ironing plastic pictures. That is, when they weren't chasing and bickering with each other! 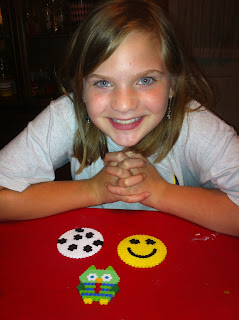 You know how there are some of us who start things and never finish them?
Or those that want someone else to do the work for them?
And then others who don't stop until the job is done?
Yeah, we have all of those people in this house. 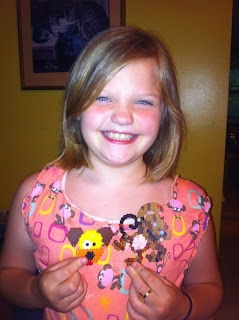 No names will be mentioned, but I will say we ate dinner at 8 o'clock that night because somebody couldn't stop until the job was done. Ahem! 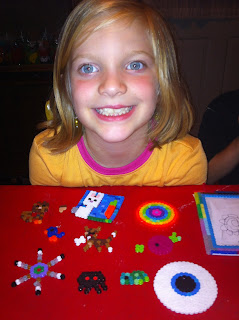 It's always fun to see their creativity go beyond the suggested pictures on the box and make something that appeals to them. Each kid has such personal tastes and choices and it really shows in the different things they made. 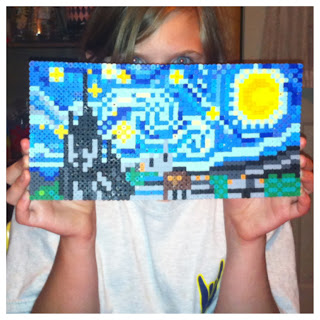 And here's the project that delayed dinner. That's 1,682 beads, yo!
Please tell me you can see what famous painting this is based on.
That's Van Gogh's Starry Night I used as inspiration!
﻿
Posted by jenny at 11:58 PM 3 comments:

This is a picture-heavy post, so if it takes forever to load, I apologize! 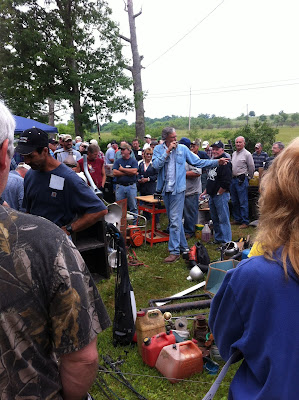 We went to an auction last Saturday and I am still riding the high from the thrill of the whole day!
I've been to a few auctions before, but I don't usually do any bidding, instead, nudging Andrew to bid on something and using his ears to hear the auctioneer for me. This, I think, was my first real auction in which I actively bid on things by myself, with Andrew at my side just in case I didn't understand something. 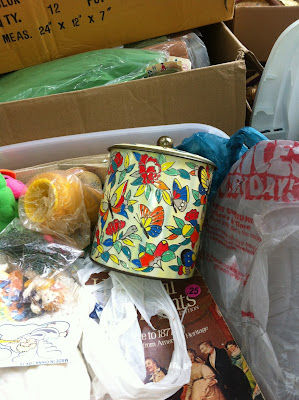 It was kind of bittersweet, this particular auction, because we actually knew the man whose stuff was being auctioned off.  He was a bit of a hoarder, having owned a store at some point and instead of selling stuff at clearance prices when the store closed, he brought all the merchandise home with him. He also enjoyed going to auctions himself and if anyone knows how auctions are, it's easy to understand how fast stuff can pile up if you don't get rid of the unwanted stuff quickly. 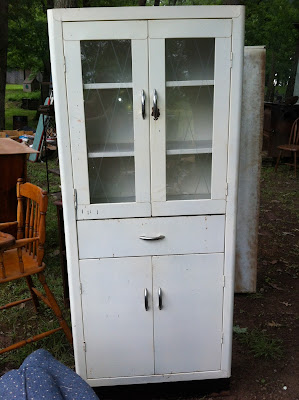 A few years ago, he was having daily yard sales trying to unload some stuff and when we discovered his sale, we were near-daily customers of his.  He was a great character and we really enjoyed talking with him, except when he didn't have his teeth in, I couldn't understand him, and left the talking to Andrew! 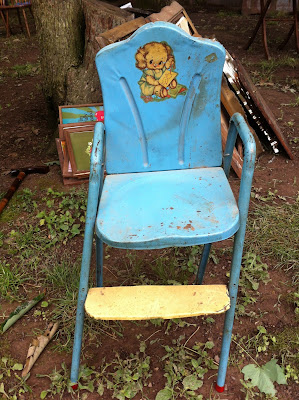 Turns out all those yard sales and all the many items we bought off of him was just the tip of the iceberg.  I had no idea that he also had a trailer, several sheds, a cattle barn, a car port and don't forget his house, filled to bursting with stuff! 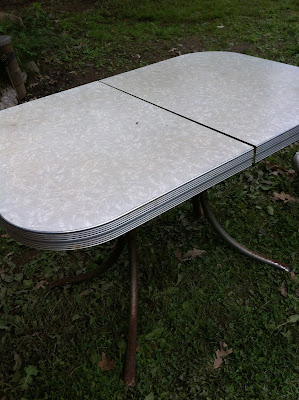 He died almost a year ago, and it has taken the family this long to finally sort through and then hire an auction company to come and help clear out all the stuff he had piled in the house. Having been a previous yard sale customer of his, I knew there would be lots of good things to buy and made sure to clear the calendar so we could go. 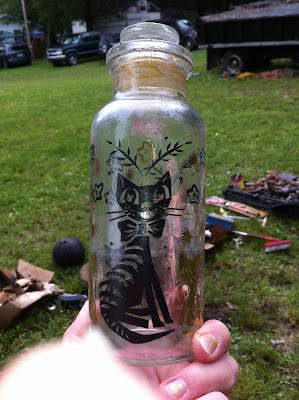 I even asked my Aunt and Uncle to come down and help Grandma to watch the kids because I knew I wouldn't want to bring the kids there. An auction is really no place for kids-- there's no where to play, too many breakable things and it's easily to get distracted having to mind small children and keeping them amused while trying to follow along to the auctioneer's calls. 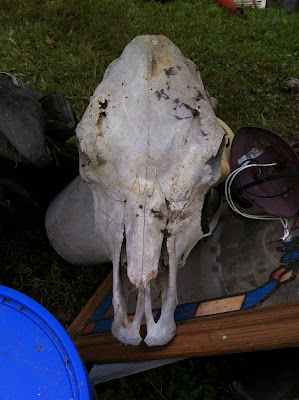 It was a truly friendly atmosphere, since we knew a lot of people from town that were there and people were laughing and talking. There was food and drinks for sale, it was a cool day, and the auctioneer was as laid back as could be while at the same time keeping things moving along at a brisk pace. 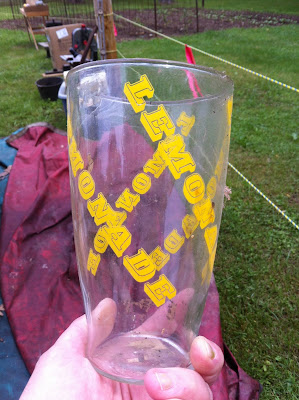 When we first got there, I was blown away by the amount of stuff out on tables and on the ground.  I knew there would be a lot of stuff, but this was beyond what I imagined! While some of it was cheap store merchandise, a lot of it was good, quality antiques and vintage goods. 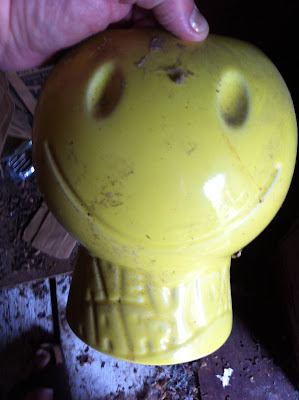 There was everything from Fenton glass, crocks, furniture, crafting things, store merchandise, tools, guns, knives... it's nearly impossible to list everything. I wish I had taken a picture of the whole grounds, but I was focusing on individual items, trying to remember where certain things were so when the auctioneer moved to those locations, I could bid on them. 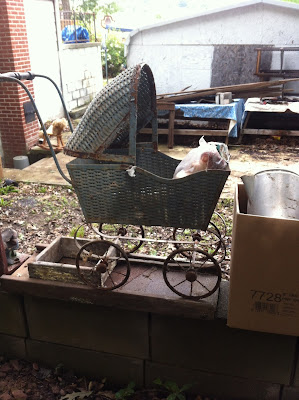 We didn't get everything we bid on, but I was really happy with what we brought home. There were a few surprises in some of the boxes and once I sell those items in the booth, they'll more than cover what we paid which will make everything free and give me a little profit, too. 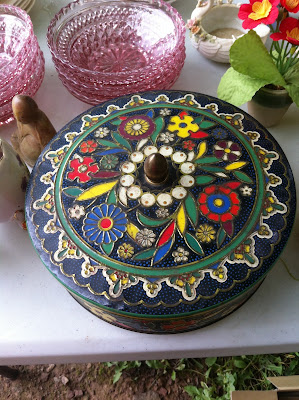 In case you're not familiar with how auctions work, let me give you a quick run-down: 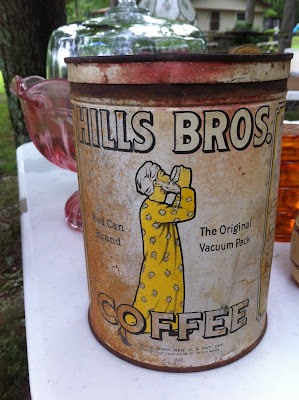 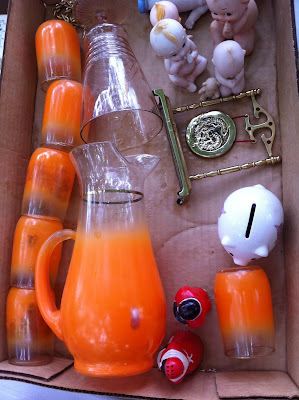 This photo above is an example of one lot. We bid on this, because we wanted the pitcher and glass set, but the bidding went too high for us. I think the winning bid was over $30. Had we won this lot, I would have sold the extra bits in the booth and kept the pitcher and glasses. 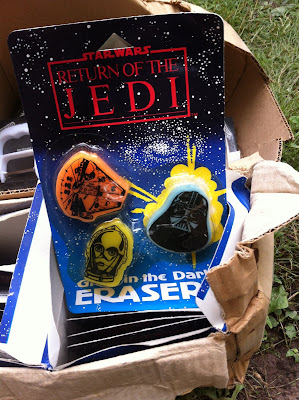 The auction lasted all day, but we left around 2, feeling like we had enough and we needed to get back home to the kids. We have a little regret in leaving before it was over because there were some things we didn't get a chance to bid on and then we found out the auction ended at 3:30! Only an hour and a half more and then maybe our vehicle would have been a little bit more packed! 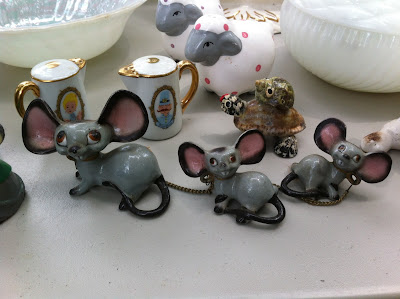 We sorted through the stuff right away, even left behind 2 boxes of stuff at the auction that we didn't want. Some of those items have been in the shed or the basement or wherever for years and there was a musty smell on the fabrics and the boxes had spiders and bugs and even mouse droppings in them. No way were those boxes coming in the house! 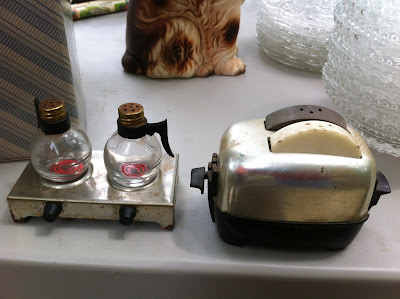 After sorting, we ended up with 2 trash bags destined for the landfill, any plastic was recycled, and all paper and cardboard was burned. 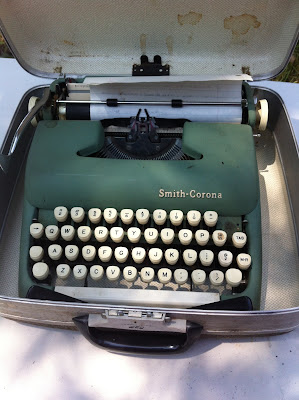 We had a really good date at the auction, met a few new people, talked with old friends and really had a great time. The auctioneer has that talent of making you feel like he was looking right at you and I never once felt like I needed Andrew to help me bid on anything. In reality, he was looking at over 100 people, but I sure felt like I had his undivided attention! 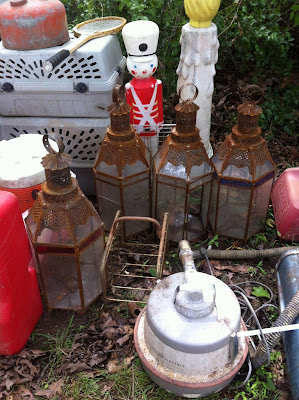 His family were all there and we got to talk with them a bit, but I wonder how they felt to see all those people bidding on their parent's things. Or maybe they were just so happy to finally see the stuff gone? Mostly they hung back on the porch and watched the bidding. I'm sure they already picked out stuff they wanted to keep. 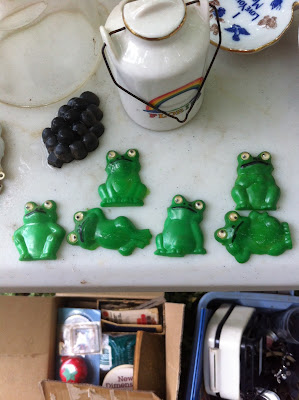 In any case, Andrew and I are definitely going to try and attend more auctions this summer. Especially the ones held by that particular Auctioneer. It sure was fun to come home with a loaded car for only a small price and having things to keep and still having plenty of merchandise to sell in the booth. 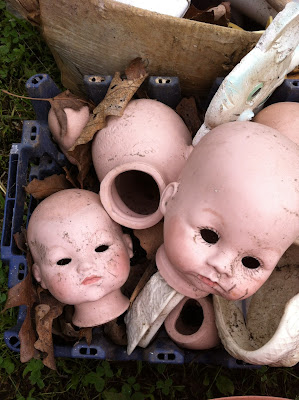 And to finish this off: How about those creepy doll heads? Never did see who bid for them!
﻿
Posted by jenny at 4:46 PM 1 comment: 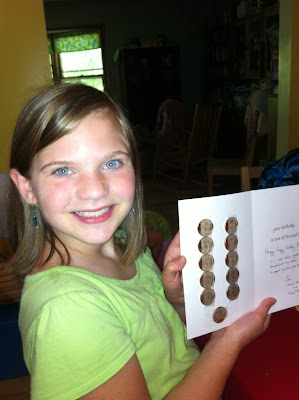 Lucky Evelyn, she got two days of presents!  My Aunt and Uncle, Great-Aunt and Uncle to the kids, came up the day before Evelyn's birthday and gave her an early birthday present.  11 dollar coins! 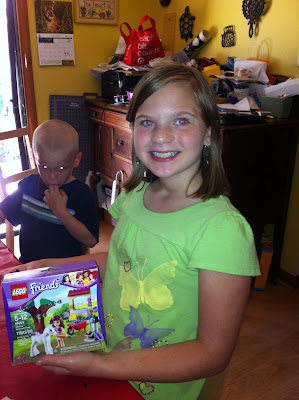 Pay no attention to evil-eyes Peter behind her, but Evelyn was happy to receive more Legos for her birthday!  She got this one, a Lego Friends set, and another Creator 3-in-1 set she adores. 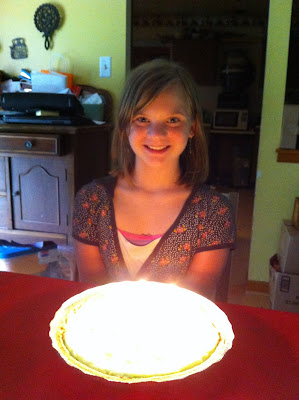 On her special day, her requested birthday menu was:
Breakfast- omelets
Lunch- taquitos
Dinner- burgers, corn-on-the-cob, and onion potatoes
Pistachio pudding pie in lieu of a cake and boy those 11 candles sure were hot and bright! 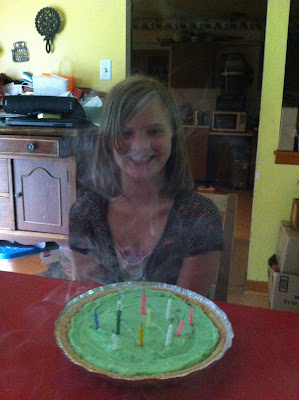 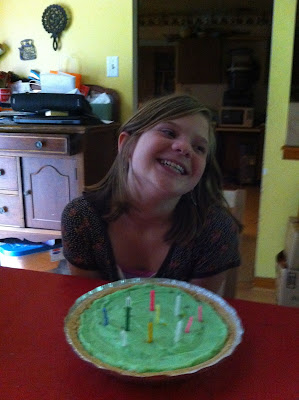 I just love this girl so much! Her smile, her laugh, her lovely way of thinking and doing things, her desire to be independent, the help she gives me around the house and with her younger siblings... I couldn't ask for a better kid! She's equally hard-headed, trying to prove constantly that she can stay up later than the others, sneaking around when she should be asleep, daring to do things that, for me, would require much bravery and she does without batting an eye. She is growing into quite a remarkable young woman and I look forward to those days in the future when she comes home to visit and we get to sit at the kitchen table and share the latest adventures she has. That is, if I ever let her leave the house!
Happy 11th birthday, my Evelyn!
We love you so much!!
﻿
Posted by jenny at 4:28 PM 2 comments: